ufff….I had such a bad experience…..I got alcohol poisoned and all day yesterday was spend sleeping, waking up, going to bathroom to puke, then go back to sleep again…

I had no idea that it would be that bad, seems like I start having alcohol tolerance zero. So, there was a birthday party fot my friend from french class and they are really not good cooks and decided to make pizza with some bought dough, so I offered to help them and to make proper dough. Anyways, thought it would be nice to teach others what I know, especially as I don’t eat pizza’s anymore, not regular ones…..Maybe I would have tried this one, but the sauce that they used was full of “red list” ingredients, so I just decided to skip. Anyways, those who tasted, said that pizza was good 🙂 And Keven decided that he wants to have something nice to drink, so we came to agreement to buy some rum and make Pina Coladas, which were actually very nice:

So, the recipe seems pretty much paleo, I just should not have drunk wine before and maybe maybe all would have turned out nice….But it did not….That was worst day of my life….Last time I felt so bad was after my hen party, but then I ate whatever and mixed all alcohol possible….and Friday…no shitty food, wine and Pina Colada…except I ate some apple crumble as birthday cake, just because it had much more apples than crumbles and decided to take a chance as I almost never, literally, never cheat, because I don’t feel like and I don’t need. The only times when I allow myself to cheat is when something is homemade and I feel that it might be tasty and I want to try it and pay courtesy to the person that made food, which happens maybe once in 3 months. Anyhow…..at 20h I started feeling a bit better, drank some hot water with honey, then ate some apple sauce, decided to make myself chicken soup that would soothen my upset stomach:

Put all ingredients in pot with cold water, make it boil and simmer for ~1hour or until meat falls easily from the bones. Remove meat from bones, cut into small peaces and return to pot with vegetables. Check for salt and pepper to season and that’s it. Very simple and delicious. I would have wanted to make something more spicy, the one with roasted garlic, but decided that maybe not this time….

Soup and applesauce worked their magic and finally I could relax and not think about running to bathroom to hug toilet bowl. I think I slept in total from friday night till now like 24 hours. Today I am feeling better, though still a bit shaky, decided to go for a walk as obviously there will be no training for me today…Lesson learned: training, healthy living and alcohol does not go together…

But this poster helps to think positive and go through and experiences:

Some time ago via couchsurfing website  I found out about an initiative, called Korakor and their goal is to spread love around the world…they do many projects, but the one that is the most easy one is called Making love carpet…check their website. Even Couchsurfing project actually is about sharing and opening yourself to the others. First I participated in Hospitality Club project, but CS is much more user friendly and open. I had so many great experiences through this website and I still use it. I should receive couch surfers at the beginning of February. Just it is sad that sometimes people mix it with free accommodation and they don’t understand the main idea about sharing knowledge and experiences. Too often I receive copy-paste request from people who don’t even bother to write my name or mention anything that would connect us. I don’t expect a huge letter, but simple things would make it easy. However, I have met one of the most wonderful people in my life through Couchsurfing and a lot of new things came in my life trough this experience and I could not be more grateful.

It is amazing how many beautiful initiatives there are around the world that help us to realize that we live here and now, for instance, free hugs campaign, raising money for helping the others…there are so many websites that help you to raise money for the cause….even the hostel where I was working back in Barcelona is doing charity project … 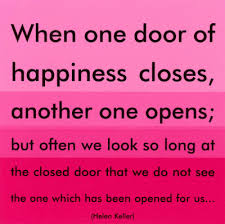