So, yesterday was our pancake Sunday again. This time we also had Keven’s parents driving over to have dinner with us and to meet our new family member Nora. As I already wrote, they were very agains us having a pitbull as a family dog, but at the end of the day it is us raising a dog not them. However, because they are afraid of this type of dogs, I think it is a great idea for them to see our puppy as often as possible so that they would not see her growing that much and would feel comfortable around her. It is really easy to feel comfortable around Nora because she is super calm and low energy dog, especially when you compare to Chihuahua that my sister-in-law has. My sister-in-law came around with Johny Cash (her chihuahua), so that later on Nora would not “kill” him. I could definitely see some pitbull features  in Nora when she finally decided to play with Johny and got too much into game. They are similar wight category now, just Nora is much more clumsy and her direct movement definitely could be treated as an aggression sometimes. But it was a good lesson for us to learn how to snap her out of it.

Getting back to breakfast. I made for everyone crepes with wholewheat flour mixed with all purpose flour. I also made some sliced melon and fruit salad that consisted of cubed apples, kiwi, banana and blackberries. As I can’t use any sugar in any form, I did not put anything on the fruits, especially because everyone can add to their crepes what they want: nutella, maple syrup, honey. For myself I decided to make a zucchini pancakes (of course I shared them with everyone) that I found on Diane Sanflipo website. Sorry that I did not take picture of it, but it is definitely worth making 🙂 Everyone tried them and liked them, I ate them with Sunshine sauce 🙂

Mix all the ingredients together. Make sure that coconut flour is not in lumps. Diane advises to sift them into the eggs and beat together, but I simply mixed and left to stand for 5mins. I think standing gives time for coconut flour to absorb more liquid. Heat the pan with oil over medium-low heat. Spoon the pancakes of desired size. I got from the batter 8 pancakes,  as I made them fairly small, but you can make big ones and have one in a pan per time. Eat them alone or with sausage or bacon.

As I already wrote on Sundays we always have friends coming over to have brunch with us and most of
the times it consists of pancakes. Since I started to change my way of eating there were all different type of pancakes, most of them with oat flour (the ones with oat flour and ricotta were actually amazing), also with soya flour (I also made pizza base couple times with soya flour). However, as I was finishing to use up all those products and turning more and more paleo, my way of eating also changed. Last Sunday I was making pale pancakes with coconut flour, they were really delicious, but then on Monday I started my Whole30 challenge and such a thing as Paleo pancakes are not allowed. It is not that they would be bad, they are nutritious and healthy, however, it is still comfort food and point of the challenge is also challenge yourself psychologically. I have to admit that I do face difficulties (I would like to have slice of cheese and

cottage cheese with berries in the morning) and Sugar Dragon is really attacking me (oh….sweet chocolate and all the nice treats…) and oh how much I would wish to have a nice glass of red wine, but none is allowed, so I just stick to what I have and just think about the end result and about my body being all clean and my taste receptors able to detect natural sugar in fruits and vegetables…Having said that, I still have Sunday brunch and today I decided not to think too much and make for everyone crepes with regular flour. Why? Because we still have them and we need to use them, so Keven was a cook this time 🙂 For myself I just had egg white crepes (1 crepe requires 1/3 cup of egg whites with pinch of salt and vanilla extract. then just pour mixture in pan with some fat, in my case it was ghee and wait until egg white is all done). I could not decide whether I want sweet or savoury, so I decided to have both, because I felt that eating just fruit would not be best idea in the world. So my savoury crepe had guacamole, chicken and cauliflower from yesterday dinner and some indian curry sauce. That was really good and I could not actually make that much difference between only egg white crepe and regular crepe. The second one was a dessert one, so it had almond butter and cut fruits in it (apple, pear, banana and raspberries). So, while my husband and friends indulged themselves in crepes with Nutella, I simply enjoyed my version with a cup of coffee with coconut milk. It was much less awkward than I would have though and I did not feel any less fortunate than them…

I like traditions…probably in every family you have some kind of traditions. As we recently moved to new city, I also try to create some small traditions….Like, every Sunday we have “Sunday Breakfast” with friend at our home. Usually we would have pancakes, but each time we would try something different….I learned how to make dulce de lecce, because my friend mentioned it and it brought me memories from my travelling in Brazil, so I though it would be nice to include that into our breakfast. I did not buy it, because I like learning how to make things and I used the traditional method, rather than condensed milk method :)))) Today we were having blueberry and apple pancakes with blueberry sauce. It is more about meeting at least once a week and spending time together. After that usually we go for some rock climbing :)))) 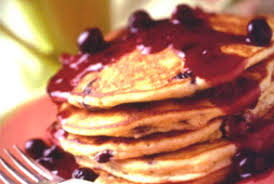 Me and Keven also have Friday pizza tradition. We would either have a pre made one or we would make our own and accompany it with some nice movie or TV show.

Back in my country, Lithuania, I also had some traditions with my friends, for instance, me and my flatmate would go every sunday afternoon to read in a coffee shop in the old town of Vilnius. We would either take our own books or browse in the shelves there to find something to read. I believe it is nice tradition as a way to spend time together and also spend it doing something for what you maybe would not have time during the week. It is so relaxing to sip coffee with a good book in your hands 🙂

With other group of my friend I was establishing tradition to meet once a month to learn something. Someone would prepare a little bit before and would introduce a skill to others. So, we were learning how to make sushi, how to play poker, how to juggle, how to make public speaking….So, my idea with this project was that in a year we would learn 12 new things that maybe we would not learn otherwise. I just love learning, for me as long as I am learning and can apply it one day, I am happy. It is the same with my jobs, as long I am learning and moving forward, I really enjoy it and put a lot of effort, but if it become too automatized and my brains do not get enough challenge, I start feeling trapped and dull.

Anyways, I think that traditions bring stability and let us create some valuable memories and experiences in our lives. I don’t think that it is easy to start tradition, it is even harder to continue doing that, but I think that reward is definitely worth putting an effort.

I wonder what are the traditions that other people have and that they find significant and important to follow.